Where Have We Been?

NEWS!  NEWS!  NEWS!
So what’s been going on since I last wrote on this blog? The answer to that is … LOTS!
Life is starting to get some sort of rhythm to it now.  I could easily get used to having Dave home full time that’s for sure!
We were getting ourselves in to a bit of a routine, but this week has been BUSY. Let me explain.
You remember Dave had been car hunting and found a car that he was happy with but was still negotiating the deal? Well onTuesday he drove that car up our drive way! Yay! It is a “beast-y” car that’s for sure.  I say that because it is a four-wheel-drive and will take some getting used to but it safe and really is so cool!
We decided to hit the shops Tuesday night with Jess so that we could take the car for a spin but the children were so tired that the whole night ended up being a disaster and we (the three adults) were all left feeling a wee bit traumatised by the outing.
On Wednesday we arose early to prepare for the kindergarten ‘Sport’s Day’.  We weren’t sure what to expect but it was a wonderful day in every respect.  The day was so well organised. Dave and I had fun helping with the children’s races, joining in the parent’s events and cheering for Tobi and Eli. There were so many proud moments throughout the day.  I was beaming from ear to ear at how special it was to see the children interacting with their teachers and peers as well as participating in all the races so enthusiastically. It’s hard to believe they’ve only been in this country for three weeks during moments like these.
Every class had a different colour on for the day which made it easy. Eli’s class were all dressed in yellow and Tobi’s pink!
Below are some photos taken from the day: 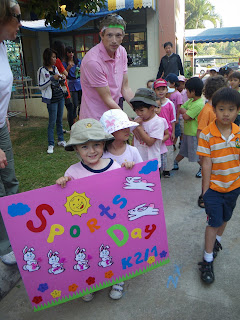 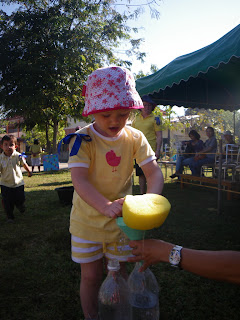 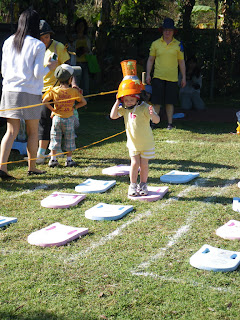 Eli in the sponge relay and carrying a ball in a basket on her head. 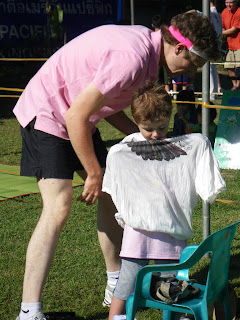 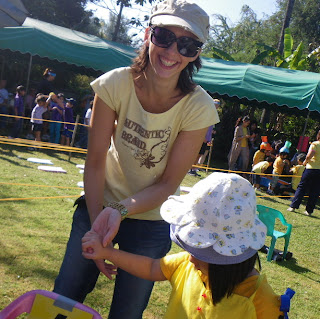 Mr Todd (Tobi’s teacher) helping him in the dress up relay and me assisting a girl from Eli’s class in the race. 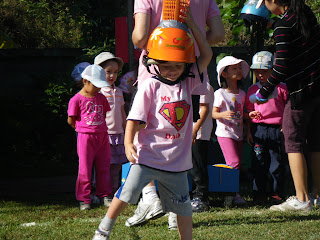 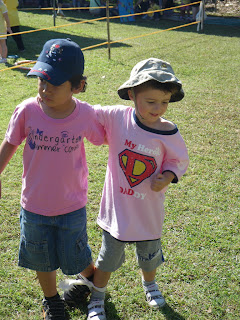 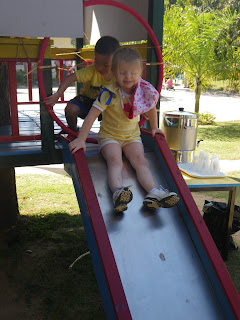 Spencer also had a ball joining in wherever he could or posing for parents and teachers who wanted to take his photo!! 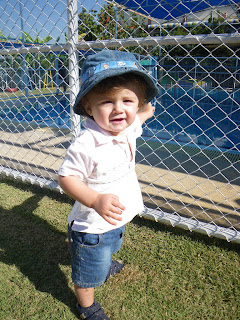 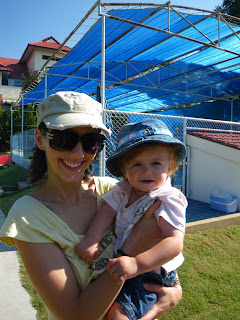 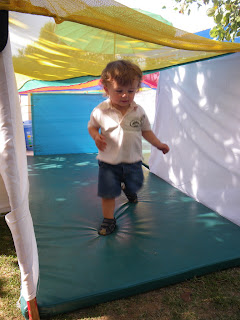 At the end of the day, all the participants stood on the podium to receive their hard-earned medals!! 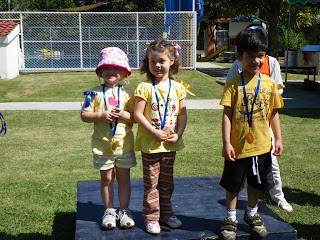 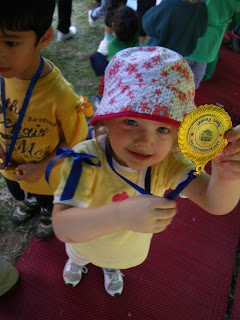 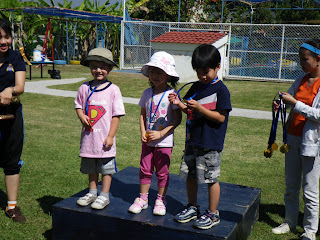 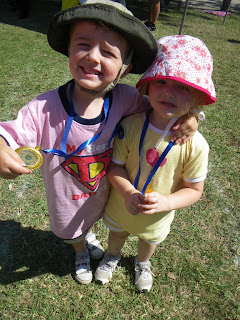 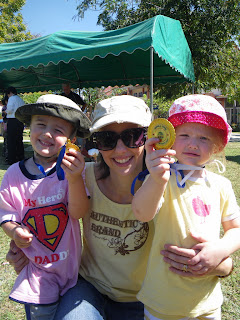 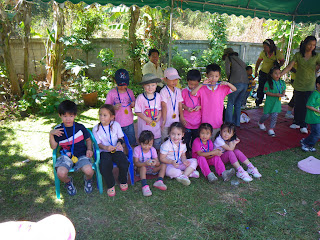 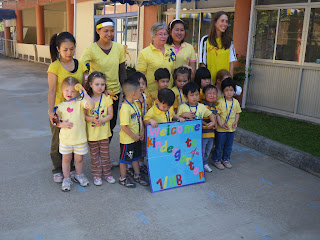 After the sport’s day, I felt so exhausted that I had to have a sleep.  It’s hard work being a spectator!
Wednesday night brought a big accomplishment for me when I ventured out in dark of night in the car by myself… driving to the shops and back, dodging motorbikes and navigating myself through foreign streets!  Okay, okay the shops are really not that far and it was very quiet on the roads BUT it was still a moment that I was proud of.
I will try to get as much experience driving now till Dave goes back to work so that I can get some sense of direction around the place!
So how could Thursday possibly top the previous two days?  There’s only one way and that was .......... having our boxes finally arrive!!!! 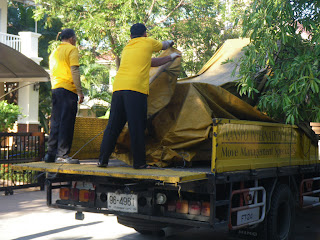 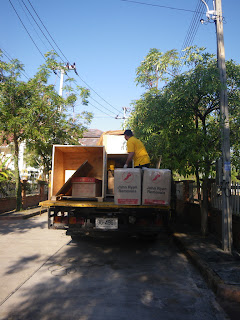 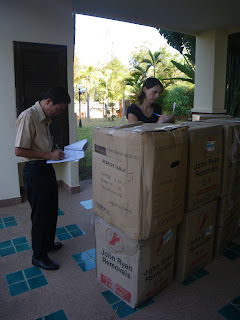 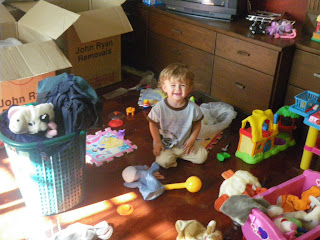 I cannot begin to tell you how happy I was to see the truck pull up outside our house.  It had been almost three weeks of living with many borrowed items and few personal belongings BUT we made it.  We had not seen the contents of the boxes since the end of August/start of September when we moved out of our Dingley home so, it was definitely like Christmas time all over
It was so much fun setting up the children’s bedrooms and the toys for when they got home from kindergarten.  Needless to say they were also thrilled to see their precious dolls, toy cars and teddies.
So that’s us! Busy unpacking and finally getting to set up home. I am one happy girl!!!
Posted by Cross Family at 2:30 PM