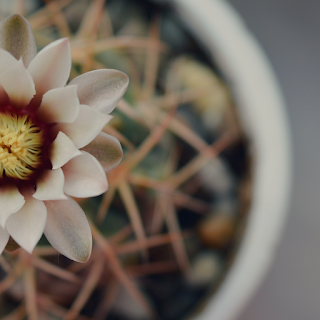 My friend commented that it had been a long time since I had blogged here. It's true. She's right. But I haven't stopped writing. For work I write and I am also working on a second book which is taking me longer than I'd hoped. But I do apologise for the lack of 'Cross Family' updates.

I know, the title 'Cross Communication' could sound a bit like cross contamination but please don't go away and start washing your hands or sterilising your bench tops, let me assure you there should be no harmful effects caused by reading this post.

I love this picture above - the cactus flower. It depicts the way that prickly and beautiful share the same space. It's that idea that our imperfections... our mess... our rough edges, do not have to inhibit us from a beautiful life. Our family relationships, along with the amazing friendships we've formed over here, despite the prickles and pain are lovely and lasting reminders that indeed prickly and beautiful can coexist.

January:
The first few months of this year were hard. I'll be honest.
The lowlight was that at the beginning of the year, our daughter slipped and fell down a curb and twisted her leg backwards. She was instantly in a lot of pain and many people came out of shops etc to try to help us as she had landed in a dangerous spot on the corner of a road. I am so grateful that at that time there was not much traffic and for the people who came to try to help us. Thankfully my husband Dave was able to bring the car quickly and pick us up within a few minutes.  After many hours in the ER, the x-rays showed that she had broken her leg and foot in 3 different places.

My reflections of this painful time in my daughter's life and her own personal journal entries will hopefully bring encouragement and comfort to others in future in a time of need (but that's a different post). 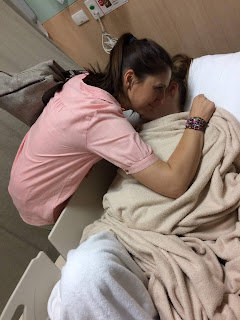 The highlight of the month was that we celebrated being in Thailand 9 years! Despite the broken leg, we were determined to acknowledge and commemorate the anniversary so we went out to eat, taking a guest we had in town along with us.
On arrival at the restaurant we bumped into a friend who we work with. Unbeknownst to us as we ate, she went to the front desk and paid for our entire meal, leaving us this note to find at the end. So sweet!!! 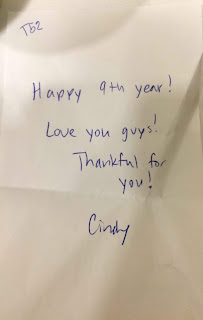 February:
6 weeks, after the accident, our daughter had a scheduled check up. We all had a bit of a shock though when the doctor said she still couldn't put any weight on her leg for another 3-4 months at least!!  We were all thinking she'd be able to manage starting to walk with the orthopaedic boot but the recovery process was going much slower than we had imagined. She was pretty shattered by the news but we focused on finding many things to be thankful for.  We were praying for her spirits to remain hopeful for healing and to continue to see God's hand on her situation.
Busy with school and sport. Both our boys played soccer at school this year and they enjoy different activities on the weekend including Drama and basketball.
But the highlight though, this month we celebrated 20 years of marriage! (One of our kids took this photo) 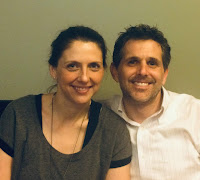 March:
Our daughter had an opportunity to represent her school at the National History Day, South Asia Regional competition, held in Singapore. She received a scholarship from her school which paid all the expenses. Her and I travelled to the competition from March 7-10th.  And yes, I ate a LOT of char kway teow!!! 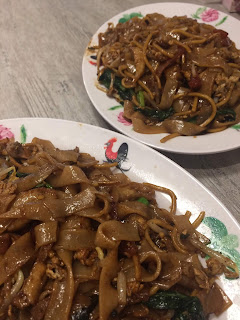 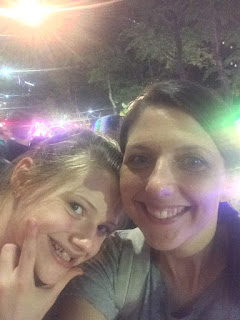 On the other hand, let's just say the boys, who remained home, have never eaten so many nachos or ever been allowed to play quite so much Play Station as they did that weekend!!

The lowlight of March was the pollution which reached hazardous levels. School was cancelled several times. Even the school play Wind in the Willows, which our daughter was in, had to cancel performances and eventually the school decided to end for the April school holidays earlier than intended. We did a lot of staying indoors and wearing masks. 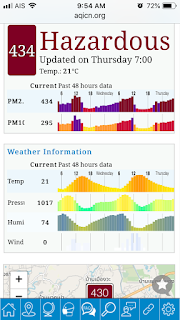 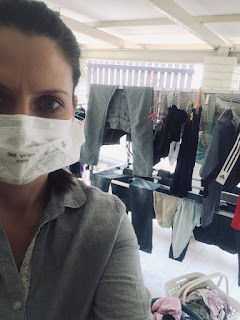 The highlight this month was having my parents arrive at the end of the month to visit us. Although we spent a great deal of the time indoors playing games and enjoying meals together, we did also get out to a couple of natural hot springs, a waterfall, prayer labyrinth, bowling, a movie and they even spoilt the boys one night with an hour at the trampolining park. All in all it was a special time together with lots of time to talk, laugh and share life together - which we never take for granted! 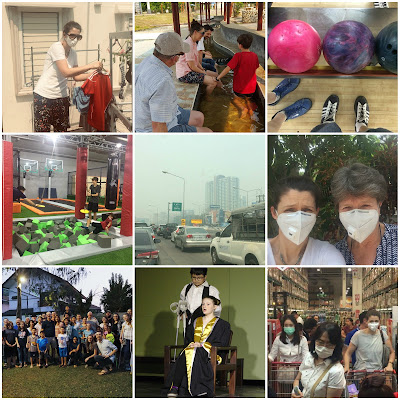 April:
During April the kids were on school holidays for two weeks. We minded our friend's little poodle which is always fun for us all and we had the chance to rest up before the busyness of the final term of school here. I also started back studying Thai after a somewhat-longer-than-expected break. It's been good to get back into it, have a laugh and learn some new vocabulary. 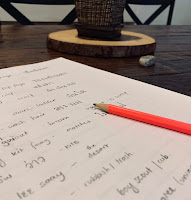 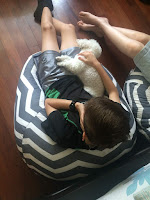 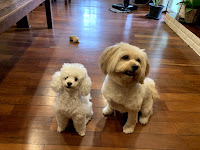 The highlight of April was that our daughter was told that she could begin to walk again. It was slow progress at first but bit by bit she is getting stronger every day. She has started physiotherapy which is helping her to stretch and strengthen the muscles around the broken bones but also to correct some walking style issues that have developed as a result of the ankle still being swollen and sprained from the fall. We praise God though that she is improving and will be able to gain full strength over time. 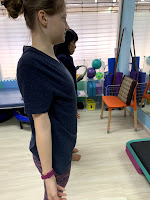 May:
The children have been busy with assignments due, test taking and learning lines before the end of the month. The older 2 are in a musical which will be performed at a local theatre in a couple of weeks. We can't wait to see the show. They've been rehearsing for many months now.

Counting down till school's out... only 17 more days I think but we have mixed emotions as we say goodbye to several friends who will be leaving Thailand for good over the next few weeks.

June:
Well it's not June yet... but our family will be back in Australia in mid June and excited to catch up with friends, supporters and of course our families. 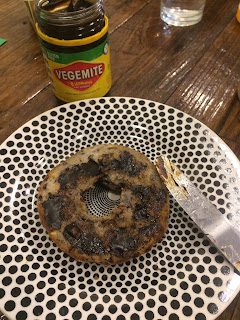 Posted by Cross Family at 4:35 PM No comments: