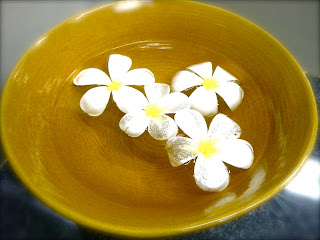 As you are probably aware by now, David and I (Andrea) are embarking on a life-changing adventure to Chiang Mai in Thailand, more specifically ZOE Children's Home.  But many of you have been asking us about our journey up to this point and how we came to make this huge decision.

Years ago God placed a desire in the hearts of David and I to run a children's home.  We knew quite specifically that this place would reflect (as closely as possible) the model of a "real" family home; as opposed to the large ratios of children per adult we hear about in some places.

We'd brainstormed many ideas over the years about how we could develop a certain culture in a home that would give all the children a sense of belonging, acceptance and love - comparable to what we hoped to achieve within our own home and family.  The following account is an overview of the journey we are on and where we are up to in regards to this dream we have...

Before having children of our own, we began working with some local Melbourne organizations such as CHIPS (Life Gets Better Camps) and Oz Child Family Services.  This increased and deepened the compassion we felt for children that were in the child welfare system, foster care or had lost a parent/s through death and divorce.  We also decided to sponsor a young girl in Thailand through Compassion International, a child advocacy ministry.

From the end of 2005 through to 2006 our involvement with CHIPS and Oz Child fluctuated due to the birth of our first two children but our passion never wavered.

May 2007 involved a trip to Thailand- Chiangmai.  David and I both needed some significant  dental work completed.  My father-in-law had previously been to Chiangmai and had work done on his teeth for considerably less money than the cost to get it done in Australia and recommended a week's trip to get it all taken care of at once.  Knowing a small amount about an orphanage in Chiangmai named Agape (Nikki's Place), we excitedly arranged a visit while we were over there.  It was so inspiring to see the work that was going on at Agape.

To listen to the stories of how it all began and hear just how God had answered so many prayers. As we had saved significant monies through having our dental work done in Chaingmai, we decided to make a donation to the work that Nikki’s Place.

At the beginning of 2009 David's parents and sister Tammy decided to go back to Chiangmai where they had all been before.  We strongly encouraged them to go and visit Agape while they were there as we had been so moved by the efforts going on in the orphanage during our visit.  Given Tammy’s medical background we expected that she may like it so much that she may not come home.   They made the time and went to Agape.  The moment they arrived a good family friend also arrived at the orphanage as part of a school tour he was running.  He invited them to join their up with their group that night as they visited another children's home called ZOE.

On their return, as we were flicking through Tammy's photos, we asked where some particular photos had been taken.  "Oh, they're at ZOE" she went to explain, "You and Dave would really like it there".  Well that was pretty much the entire conversation but something was pressing on me to find out more...

This is where our "ZOE" journey begins!

The next day I "googled" ZOE (as you do) and after some scratching around, I finally came across their website.  I had a quick read and it seemed that what they were doing was absolutely life-changing stuff so I forwarded the website to Dave with a short message.  Unbeknownst  to me, he then went on to went on to the site too and ordered a information DVD from America to be sent to us.

Well life continued on as normal after that and we didn't give it much more thought.

In March this year David attended a business breakfast.  He arrived early and decided to clean out his satchel before going in, finding the DVD in his bag he placed it on the front seat of his car.
At the breakfast David felt very confronted by the speaker’s views on the purpose of running a business. A particular point that he made was that, if we are to be in business we should be the best at it.   Grow it and raise funds from it for the benefit of others.
David felt a conflict.  He didn’t feel passionate about being in business.

This same dilemma occurred two years earlier, however David had decided that he would stay in business and use his position to assist he causes  that he was passionate about, until such time that he moved onto other things.  He thought that he would most likely end up doing more work in foster care or working for a child welfare organization.

This day his ongoing uncertainty about what he wanted to do with his life heightened.   He knew what he felt passionate about (working with disadvantaged children) but wondered how that fitted in with being in business.  As he left the breakfast his insides churned and a mixture of frustration and confusion about what his purpose in life was, set in.  As David arrived back at his car pleading with God to reveal His will for Dave's life, there sat the ZOE DVD that had been sent to his work and thrown in to his bag weeks earlier forgotten about until now where it sat staring Dave in the face.
I distinctly remember his phone call to me following this incident.  He was talking in riddles, unsure of his direction for the future and asking if we could sit and watch a particular DVD that night.  I agreed that we should, not knowing that Dave had even sent off to ZOE for a DVD.

That evening after putting the children to bed we sat upstairs and put the DVD on.  As it finished we stared at each other with tear-stained faces and both said at once, "We HAVE to go".