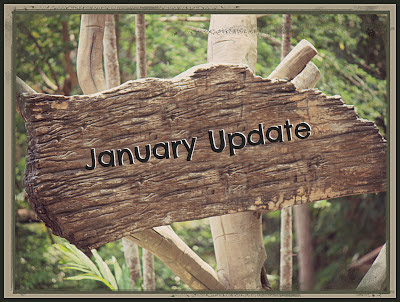 Well, firstly a belated Happy Australia Day to our friends and family down under.  We had a great day celebrating in our local park with lots of Aussies this year which was fun.  We all pooled our "Australian food stock" and managed quite a nice spread including Tim Tams (and Tim Tam ice-cream), Vegemite sandwiches, lamingtons, Milo bars, Barbecue Shapes as well as some delicious local Thai food too. 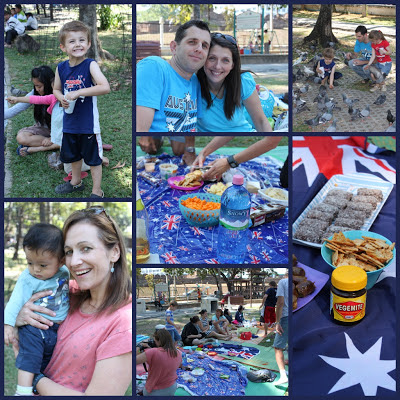 It's been so wonderful having Tammy staying with us.  She even minded our children overnight so that we could get away for a night and celebrate an early wedding anniversary.
This week she will finish her intensive Thai language course and work with Dave and I on some ZOE Foundation Australia planning projects.

Recently, ZOE hosted a team from Rockford First Church in America.  These guys were so energetic and fun.  It was a pleasure to have them here.  Their warmth, generosity and sense of humor will be surely be remembered. 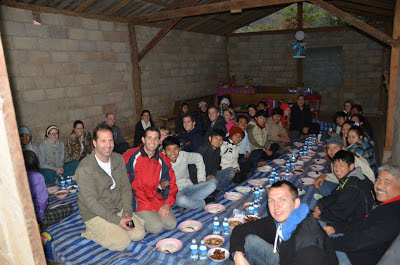 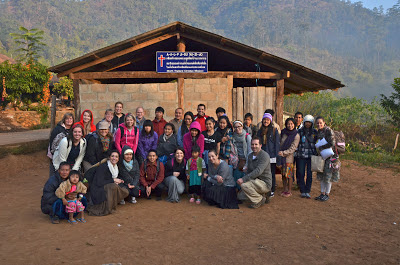 I hit a bit of a low yesterday after teaching my ten o'clock English class.  Bogged down by the enormity of just what some of my students have been through coupled with a deep yearning to connect with them and show them God's amazing love through my life and actions. 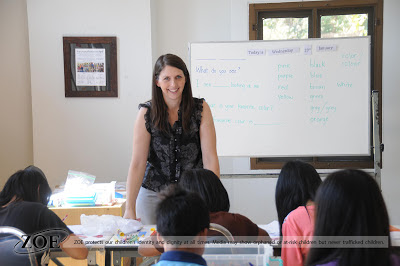 This song "YOU" by Hillsong really spoke to me today: And so I pick myself up and I remember that it's all about Him and not about me.  Any little thing I can do is only through His power.
As His servant, my job is to continually and diligently be in prayer and obedience, remembering, that it is God who breaks the chains.

Please join me in praying this week.  Sometimes all we can do is to fall down on our knees with overwhelming conviction that we have no where else to go.  That our efforts, whilst important, feel so inadequate in comparison to the problem.

When we feel overwhelmed and we just don’t know what else to do, we can join in prayer on behalf of those who suffer.

Together, we will make a difference.

Posted by Cross Family at 7:29 PM No comments: Links to this post 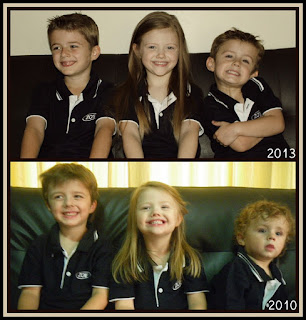 I can't say my children were too thrilled when I suggested recreating this photo taken just after we moved to Thailand, three years ago.
I convinced them it would be "fun" and to their surprise it actually was.  There certainly was a lot of laughter that took place!  They were all trying to make the same face they'd pulled three years ago. Spencer's attempts especially made me giggle.  And I have to include a collage I made of some of the antics that took place before, during and after I'd got "the pic".  I just love hanging out with my little guys and girl! 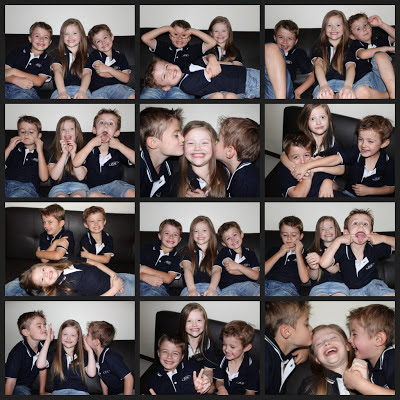 Well our year got off to a roaring start. How about yours? 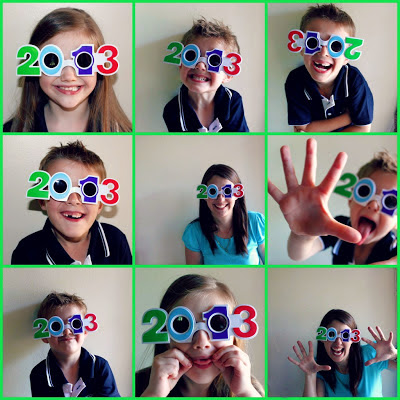 It was so wonderful to have both Dave's sisters here at the one time, along with our brother-in-law Colin and nephew Sam.
They were all a part of the Thailand Mission Awareness Team run by Graeme Smith (Maranatha Christian School).  The team arrived on Boxing Day and left January 12th.  It was so great to not only be able to hang out with the Australian team when we could, but to also be able to have our family over at our home to chill out when they had some free moments.
We even managed to fit in a mini post-Christmas celebration, lots of muu ping, an Indian dinner and oh-so-many-long-overdue conversations.  I feel so blessed.  It was such a treat to have them here.
Just when I thought 2013 couldn't get off to a better start, and Dave's sister Tammy announces that she's going to be staying on a little longer than expected to begin a Thai language course here at one of the universities.  It will be extremely helpful for her as she continues her role on the ZOE Foundation Australia board and in future when helping with teams and guests.
Due to her extended stay, Tammy needed to do a border crossing to Burma yesterday.  I volunteered to go with her and we made the most of the eight-or-so hours in the car without a moment's silence.  It was wonderful to have this precious (uninterrupted) time together.
Here's a couple of shots from the market area at the check point. 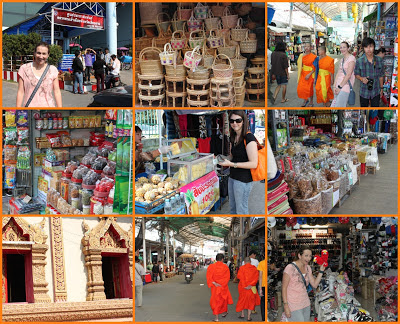 Well so much has been happening.  Dave is currently away with an American team in a village (with no electricity!).  This is a village where some of their children have been victims of human trafficking so we have been praying for an effective time of both ministry as well as an openness to become more aware and educated on this issue. 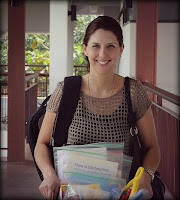 With many new children at ZOE since the end of last year, I have 6 new students in my English classes. I am so thrilled to be able to get to know these precious children more as well as share in some of their laughs and tears as they begin the rebuilding and healing process.
A quick visit from Narara Valley Baptist Church enabled us to share more about what ZOE is doing to combat and fight child trafficking as well as the opportunity to thank them personally for their amazing effort of raising $11, 575 to assist the work at ZOE. 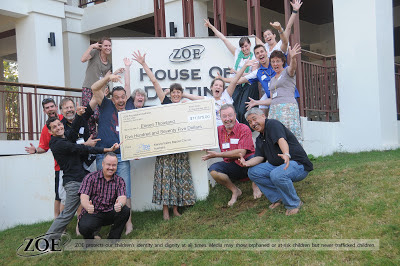 On the home front, our children are enjoying being back at school for semester 2.  Eli recently began dance classes after school with many of her friends, which she loves.  She is constantly practicing to be able to do the splits and gets very excited the closer she gets to reaching her goal.
Tobi just began a short season of soccer at his school.  He has only had one training so far but he really enjoyed it which came as no surprise.
The winter weather here continues to be delightful each day, but the mornings and nights have been the coldest we've experienced in the past three years (or have we finally acclimatized?)
With the cooler weather, we've all had the coughs and sniffles but it seems that most people here do have at the moment.
Well, with some preparation for my classes tomorrow calling me, I must head off.
I will leave you with some of my favourite photographs from the time spent with Graeme's team. 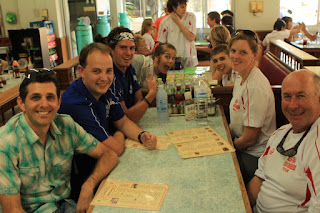 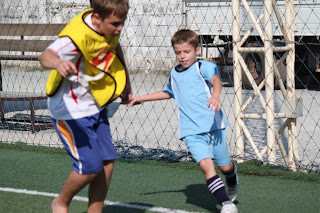 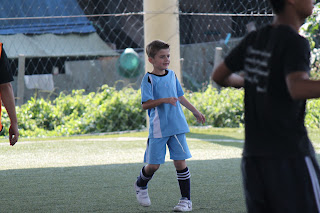 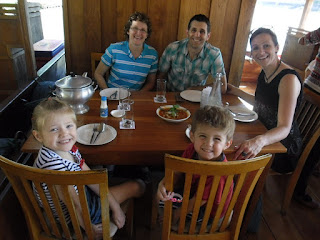 Don't forget, greater things are yet to come...  Andie.
Posted by Cross Family at 10:17 PM 1 comment: Links to this post