A WEEKEND OF WARM, MUSHY FEELINGS!

So after spending the day on Friday feeling a bit glum that the following day was our wedding anniversary and we had nothing planned, I had (once again) played right in to the hands of Dave who had had things organised for weeks without my knowing.  I continue to be gullible and he continues to sweep me off my feet!
All my suggestions about what we could do for our anniversary were met with reasons why they wouldn’t work, “Eli has been unwell... That’s a bit hard with the kids... We’d need babysitters for that...”
I decided to just be happy ‘in spite of...’ the circumstances and stopped making suggestions by mid afternoon.
Come Saturday morning, I was awoken by the scent of a freshly brewed coffee and the sweet smell of roses leading down the stairs to the living area.  Costing about $2 for ten long stemmed roses, Dave was really proud of his efforts and why wouldn’t you be? Another reason why we love Thailand!
Dave, Tobi and Eli set to work making pancakes for breakfast, a tradition in our family on special occasions and, as always, Dave’s recipe did not let him down. The pancakes were a huge hit and we all left the table feeling fully satisfied.
A song started playing in the background that prompted me to pick up Tobi and start dancing with him to which Dave and Eli also joined in. After some time we switched partners and I got a lovely ‘sway‘ with Dave and the amusement of seeing Tobi and Eli slow dancing too. It was really cute.
Returning to the table, I noticed Dave had placed something on my spot... an invitation to go on a date that night AND babysitting was arranged! I was so shocked and excited all at once that I just burst in to tears.
It has been a wonderful first month with so many blessings but there has also been several “low” times too.  The thought of a date night out made me feel so happy I could not wipe the smile off my face. I felt like a giggly teenager again.
We spent the morning at a park in the city.  There had been a special floral festival the weekend before in the city and the flowers in the park all still looked amazing. 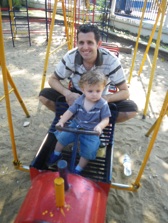 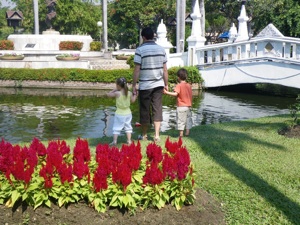 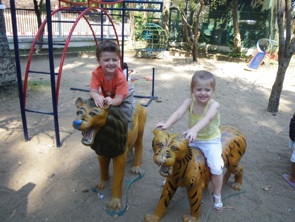 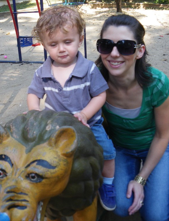 Well the night time could not come fast enough!
As we headed off by ourselves for the first time since being here, we were amazed at how much we had to talk about so talk we did (uninterrupted) ... Needless to say, we had a fantastic evening out. 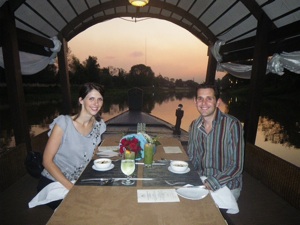 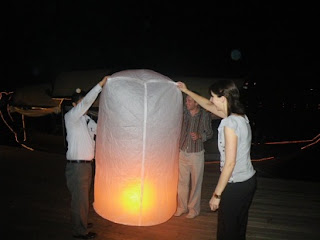 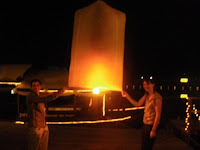 At the end of the evening we lit a special lantern that floats up in the air.  The Thai people told us to each make a wish as we let it go.
Later as we discussed what we’d wished for Dave, the romantic one, said he’d wished for “unending love” while I... I’d like to say being the practical one, wished that “Thai would be easy to learn!!” Ahhh we’re all different I guess.
I hope you all enjoyed a great Valentine’s Day. Andie :)
Posted by Cross Family at 9:28 PM