Are We THERE Yet?
Dave organised a spontaneous ‘road trip’ for us yesterday.  I was feeling exhausted after church and needed a long, Sunday nanny-nap.  After a couple of hours though (long enough according to Dave) I was awoken to a freshly brewed coffee and the plans to jump in the car and take a trip out to the new ZOE buildings - which are still under construction.  It’s about a 45 minute drive so we strapped the kids in and off we went. 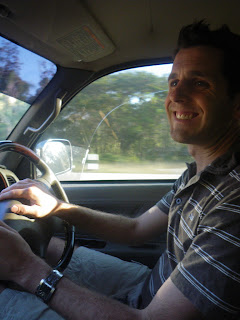 To say that Dave was excited about our road trip would be a massive under statement.  He must have told us about thirty times how much he loves the car and how great it is that’s it’s a four-wheel-drive!! “Okay already, we know” I was starting to think.  That was until we actually got a little lost trying to find the building site on the very rural, unmade roads.  Then I too starting chiming in about how great the car was... too funny! 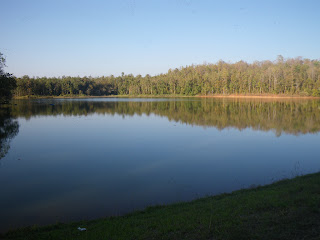 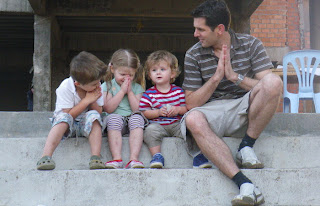 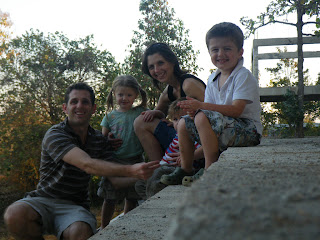 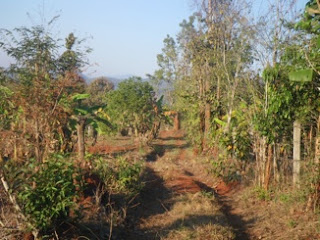 This is one of the roads that were thankful we had our four wheel drive on... we actually drove on some worse than this too.
So, were we glad to eventually ‘find’ the ZOE buildings?
Ah yes! 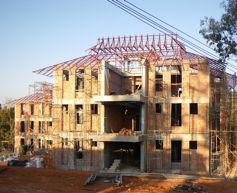 What an adventure.  It’s amazing to think that back in July when we visited there were only just the beginnings of the foundations being laid.  It was so special to be able to walk through and start to visualise how it’s all going to look and how many children it will be home to. 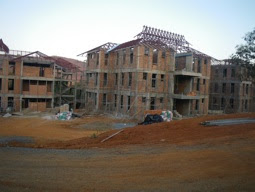 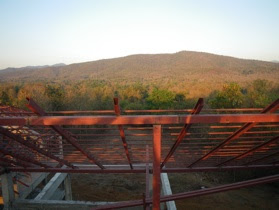 This picture is the view from the very top of the roof. Nice!
It was a great time of night to be out as the sun was setting and it looked so pretty and peaceful.
It was also nice to see one of the ZOE family pods out on their family date night.  They’d decided to come and have a picnic on the land and they generously shared their dessert of fresh, sweet mandarines with us which was so lovely.
It also meant so much to Dave and I to have our own children there with us and to be able to share with them what we, as a family, are going to be a part of.
We are so excited about the future.
Andie:)
Posted by Cross Family at 3:52 PM