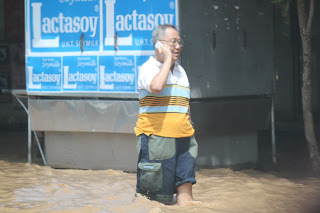 Thank you to everyone who messaged us to see whether we were okay in the current floods.  We are dry and safe here and thankfully no flooding in our house this time.  Praise God!
We weren't sure whether Tobi's school would be open until early this morning but with a relatively dry night last night, the surrounding waters had significantly subsided around here.
Sadly, not so much for many other residents living in and around Chiangmai.  A drive through some of the streets today showed just how many houses and businesses were still under threat or had already been completely flooded.
From one news report:
"Residents of parts of Chiang Mai city prepared for possible evacuation Wednesday as the Ping River kept rising and spilling over its banks. Thousands of students were ordered to leave school early, and tourists and vendors in the famous Night Bazaar area were told to be ready to evacuate.
The Department of Disaster Prevention and Mitigation said at least 173 people have died and about 600,000 households in one-third of the country’s 77 provinces have been affected by the floods.
The dead include five members of one family who died in a flash flood Tuesday in a mountainous area of Chiang Mai province, department official Chayut Wongwanish said.Train services to northern Thailand has been cut off, and more than 110 highways and roads across the nation are impassable".
Here's some photos I took today. 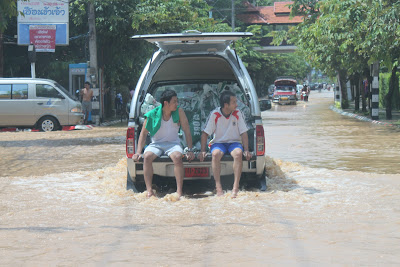 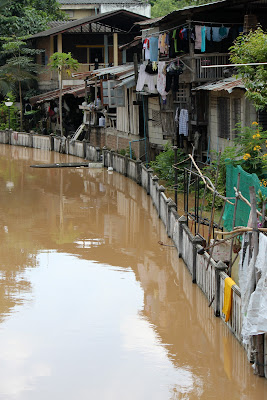 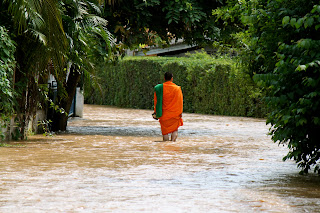 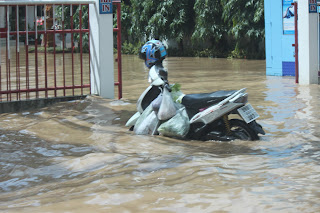 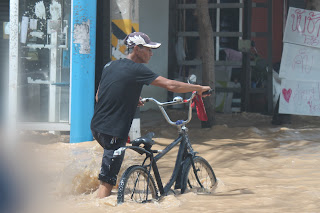 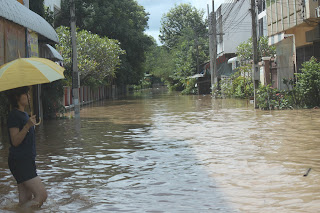 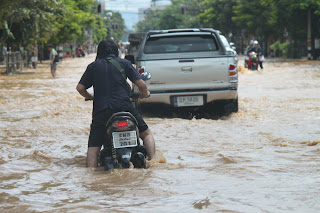 Our Internet speed is really slow tonight so I'll try to upload more photos later...
I'm living in a bubble here, so what's happening in your neck of the woods? Do share!
Posted by Cross Family at 9:59 PM

Oh dear! Saw your other post here. That is terrible. I wish I had something interesting to contribute to the bubble but don't really. We had a big storm this morning too but nothing like this. Hope you guys stay safe and well (Meke)

Thanks Meke. We're trying to brainstorm what we can do to help those who are still putting their lives back together after the floods. Our housing area was okay thankfully but people living near the river that burst, not so good. Stay dry!!