Sadly the disaster department says that 188 people have been killed and three others remain missing as a result of the tropical storms which have hit Thailand since late July.

Nearly 2 million people have been affected by floods and mudslides.
Heavy rains here in Chiang Mai caused the Ping River to burst its banks and flood the railway station and central business district.  This has forced a temporary shutdown in train service to northern Thailand.  And from what I saw today, much of the train track looked to be under water too.
Whilst out and about today we were redirected several times due to road closures; it's reported that 122 highways and roads nationwide are currently impassable. Unfortunately more rainfall has been forecast in northern Thailand for the weekend.   Please pray about this situation because there is a typhoon hitting Vietnam soon and we are expected to have even more heavy rainfall possibly starting tomorrow and throughout the following week.

Here's some photos that I took today... actually I put my camera away a lot because the devastation and damage actually became a bit too overwhelming...
Us Crossies are still safe and dry here but our thoughts and prayers go out to all those 20,000  people who live so close by but whose homes, businesses and lives have been affected by this disaster. 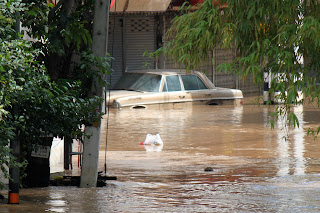 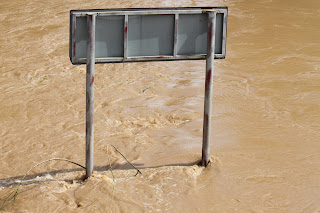 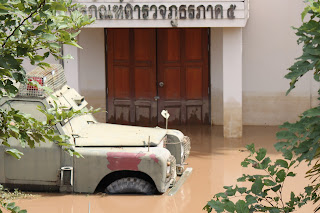 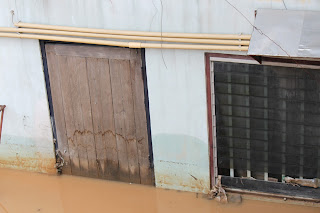 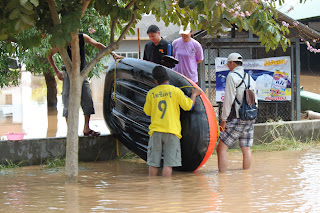 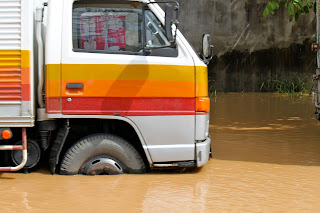 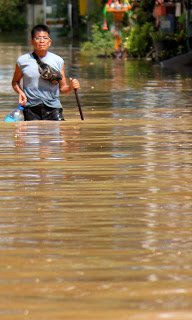 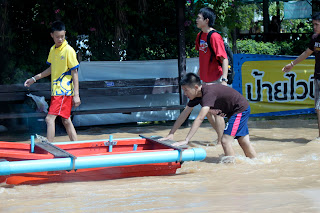 I'll try to keep you updated!
Andie
Posted by Cross Family at 9:27 PM