The Rain Came Down...

and the Floods Came Up!

We have a basement in our house.  We don't go down there very often but it's a great place for storing things: baby items no longer needed, Christmas decorations (including our plastic tree!), Dave's tools and his guitar... you get the idea, oh and, our guests!  It's a good space for guests to sleep when they stay. Hahaha!
Well, I should say, it was a good place to store things and sleep guests- until last weekend!
We drove home in some particularly heavy rain last Saturday night and it just didn't let up... it rained and rained and rained!  Dave and I had sat up in the kid's bedroom for a while until they fell asleep because not only was the rain very loud, there was also heaps of thunder and lightening and on top of that, the power went out AGAIN!
Shortly after the children had all fallen asleep though, I headed to the kitchen to get something and I was hit with a really strange smell.  I wondered what it could be so I started to walk down the stairs to the basement when I saw it... a big flood of ankle deep water!  Spare mattresses floating around, our friend's desks that we were storing until they moved house sitting in water and cardboard storage boxes soggy and falling apart... "Dave!" I called.
We worked moving everything we could either up or out and collapsed exhausted at just after midnight.  We'd called our friend Les earlier to see if he could come and help lifting some of the heavier things but he was unable to leave his house due to the depth of the water in his street!
In this photo below, the ground level outside is well below the bottom of the window, however, you can see the water is about a third of the way up the glass at this point and gushing in through the fan and the window! 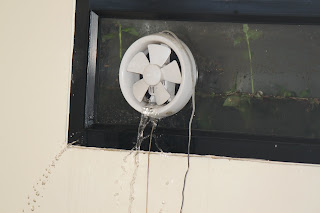 Below: Dave rescuing his guitar! 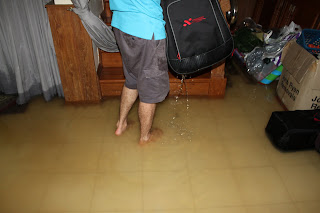 Our landlord's rug completely under water. 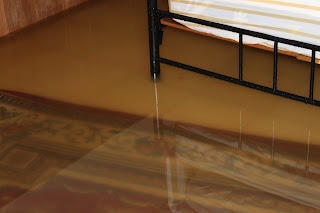 The paint under the windows bubbling with the water coming in. 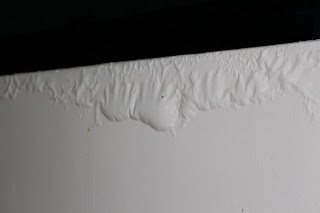 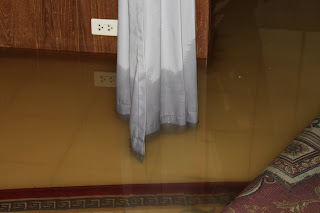 On Saturday morning our landlord sent around someone to pump all the water out so that we were all able to get down there with our mops and buckets to finish soaking up the last of the water.


Thankfully only a few things were beyond saving.  The clean up is slowly progressing and we are finding different spots around the house to store things.


We were so grateful that this happened when it did... imagine it had occurred while were back in Australia or while we had guests staying.  When we first moved in, we actually had our study set up down in the basement but we decided to move it due to the humidity down there.  So once again, our computer was spared!


There are so many things that "could've been" that would've made this a lot worse and whilst it does feel like a big inconvenience on top of several other things happening lately like the electricity saga; we thank God for His peace and joy through it all.