Have you ever had that awful feeling in the pit of your stomach when your child is looking forward to something but they don't fully understand the situation.  And what they think is going to be this totally awesome time, has a nasty twist to it?
Like visiting the doctor for immunizations or going to the dentist.
All week, Spencer has been looking forward to his best mate's party.  Except it wasn't his birthday party we were going to... it was  his going-away party!
I'm not sure the reality of that fact fully "hit" until the games had all been played, the airplane cookies consumed and it was eventually time to go home... and say goodbye... most likely for ever. 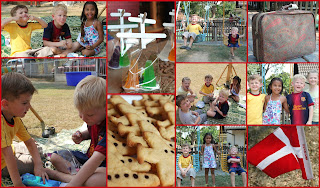 It's not like our family is immune to saying goodbyes.
We've had our fair share of them and I've heard that heart-wrenching cry before, but nothing ever prepares you to hear it again.
The sobbing and the complete and utter sadness that you feel after you hug your bestie for the very last time.
How does a four-year-old even cope with that?

And as a parent, there's nothing you can do to calm the tears but say, "I know".
Followed by, "You can choose dinner... anything you want".

But when every crumb of the KFC has been finished and the last drips of ice-cream are licked from around your mouth, the momentary distraction from the cold, harsh truth all comes flooding back in gushes of, "I miss my friend.  I don't want him to go.  He was my best friend".

And then, as a parent, you're back to just saying, "I know".

There isn't a limit to the amount of cuddles that you can give on weekends like this.  No amount of extra love is ever wasted.  And the answers to the hard questions seem to form as a lump in your throat as you lay next to your precious, sad, little child just hoping they'll fall asleep soon.
"Mum.  I'll see him when he comes back though won't I?... He is coming back isn't he?"
And though I try to stifle back my tears, they're just too big and they fall anyway and I know the answer is not hopeful but I say it anyway, "I really don't know.  But I hope so sweetie.  I really hope so".

Below are some pictures that tell of the friendship Spencer and Jonas shared.  They will hold each other in their hearts for a long time I'm sure.
What a blessing to have met such a kindred spirit at a such a young age.
But there is a third person that has shared in the fun with Jonas and Spencer too.  The gorgeous Ing.  Jonas- Ing- Spencer were an inseparable little group of three friends that knew how to have a lot of fun and they were all as cute and cheeky as each other.

All that could be said when the tears had temporarily dried up and the reality had finally sunk in was, "Thank goodness Ing's not leaving.
I'm going to marry her". 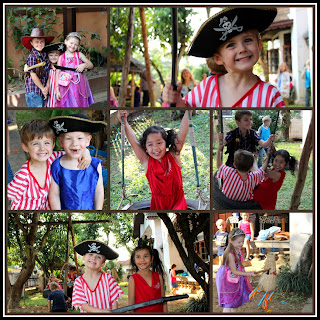 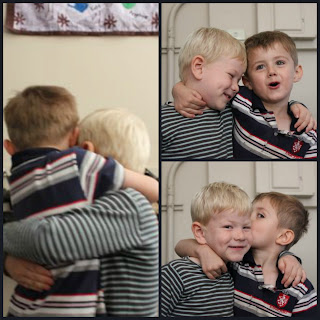 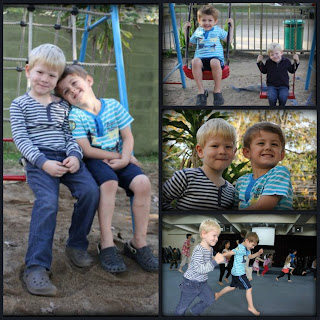 Goodbye to the sweet Christensen Family.  You will be missed x
Posted by Cross Family at 10:30 AM

we totally understand - one of the heartaches of living in such an amazing and diverse community is having to say goodbye to people we love and it is even harder to see your kids connect so deeply with people and then know that goodbye is around the corner.

Love to be reconnecting with you guys and seeing the amazing work you are doing. Becks (Brenchley) Pirie

Thanks for your comments Rebecca. I KNOW you understand. It's just so heart breaking. It's one thing as an adult to go through the pain of always having to say goodbye but harder to watch your kids have to do it too. Have you guys got a blog? I'd love to catch up on what you're up to. Andie :)

Oh I'm so sorry to hear of this sad sad point in Spencer's little life. How precious are these memories of friendship we have through life. I know the heights of joy you feel when you see your children bond with others but also that sick to your stomach helpless feeling when they are sad and unhappy. Yet their amazing resilience appear boundless!! I am sure he'll bounce back quicker than you! You're all in my prayers xo look forward to your trip back to oz soon