BUT What If I’m Not Good Enough? 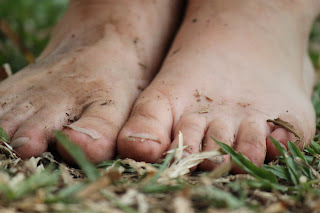 [just some thoughts and hopefully some encouragement
for you as you go about your day]
My son Tobi did some standardized testing last week at school.  Monday was the 100th day of school but then on Tuesday, the testing began.
Not surprisingly, due to his temperament and personality, as Monday bed time approached, the thoughts of the testing the next day sparked some uncertainty followed by a bout of uncontrollable sobbing,
“What if I don’t do well?”
“Will my teacher still like me?”
“What if everybody else does better than me?”
“Will you and Daddy still love me?”
… and it went on!
Actually I felt kind of prepared because it was a repeat of the
night-before-athletics-day just weeks earlier.
I learnt a lot during the years when I was a teacher.
There were moments that impacted me back in my early twenties that I still think about regularly nowadays, more than ten years later.
When I was teaching, interviews with parents weren’t my favorite times of the year; however, they were a good way of gaining valuable insight into the lives and backgrounds of my students.
Whilst teaching Grade 3 one year, I remember all the parents filing in one after the other, keen to hear how their child was doing and being interested to see where their academic achievements fitted on the bell curve.
One interview was DIFFERENT though, and it remains stuck in my memory all these years later.  It happened during a conversation that I had with the mother of a sweet little boy I taught named Matt.
Each interview prior, the parents had asked me questions only surrounding their child’s academic progress, test results etc … until this parent.
Matt’s mother came in and began asking questions like,
“Is he being kind to the other kids?”
“Is he polite to you?”
“Is he happy and cheerful in class?”
I believe the memory of that interview has stayed with me all this time because it highlighted to me the importance of growing and developing the whole child.
It has reminded me over the years, to keep checking the messages that I convey to my own children about what’s really important.
That 'working on' our heart, our attitudes and our reactions takes just as much (if not more) time, as working on our times tables and our spelling words.
I’m not saying that academic achievements are not important or that kids shouldn’t strive to reach certain goals, but instead of focusing on how “fast” my children run, I try to remind them that what makes me most proud is when I see them cheering on their friends, high-fiving their house/team members and learning how to react when they miss out on getting first place.
I desperately want to teach my children that they have value, that they were created in the image of God and that they do not need to look to the world to validate them or determine their worth. Psalm 139
That standing up for what is right, speaking up when someone has been unfairly treated, showing compassion, respect and integrity are areas that need constant practice but that they can get good at!
So often we can look at our own short comings and think, “Well I’m not the best writer, so I won’t write”, “I’m not the best at speaking Thai, so I won’t speak”, “I’m not the best… so I won’t even try”.
How often do we reject or limit ourselves by concluding that if we can’t be the best then we simply won’t try?   {I’m guilty}
Well I’m here to say that I have many shortcomings.  I’m definitely not the best mother, or missionary, cook, friend or wife…  I know that are women out there that do a much better job at these things than I do, but does that mean that I should just cast aside these tasks and never try?
Isn’t it exciting when, as a parent, you get glimpses of your own children’s potential for making a difference and impacting those around them?  I believe that God sees in us that same wonderful potential that we each represent, the hope that we bring to the world and the differences we can make by just being ourselves.
Oh and by the way, Happy Valentines Day!
Posted by Cross Family at 12:20 PM

Email ThisBlogThis!Share to TwitterShare to FacebookShare to Pinterest
Labels: Encouragement

What a fantastic reflection!
From one ex-teacher to another - both of whom are still involved in education in a different form - and as a dad, I recall the number of times skipping over the academic scores of my kids' school reports, to examine their attitudes and social behaviors first and foremost.

By the way Andrea, take it from one who knows - you are 'the best that you can be'. In fact I recall writing a song about that many years ago!

Love from your D.A.D.

Thanks Dad, you're such an encourager!!! Love you x

Have been thinking about this myself lately. Talking to clients I see about 'clinical perfectionism' and noticing how much my own perfectionism can hold me back from getting in there, getting messy and giving life my best shot even when I may not be the best or perfect at things :) Thanks for the reflections!(Meke)

Ahh I know. It's so easy for me to look at my kids and be all encouraging like, "Just get in there and do your best..." and yet I need to be saying that to myself more too!!! Thanks for your comment Meke:)

This blog came just at the right time for me. Callum (my oldest) started "five year old" kinder today (his second year) and I was so worried when he wasn't happy at the end of the day.....I guess no Mum wants to feel that their child isn't making friends etc. Lovely to read your reflection and be encouraged to keep helping him become the wonderful man of God that I hope he will be one day.
Love Mariska Meldrum

PS. Your 'party' pages encouraged me to throw an amazing ocean party for my two boys, Callum and Isaac (1). Adapted your watermelon turtle into a sea anenome.... lots of fun!!!

Thanks for your comments Mariska. It's hard to keep a long term perspective when our kids are struggling. Oh and I'm glad you got some ideas for your party. Sounds like it was a lot of fun!
Andie:)