Never EVER Too Young! 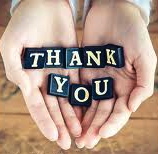 I sat at my computer feeling disheartened today. With close to 200 emails that needed attending to, whether to just be deleted or replied to; I just didn't know where to begin. 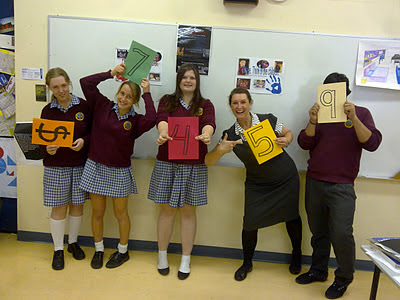 Here's to a group of teenagers that will NOT be told they're too young to make a difference!  By the way the final amount they raised for the ZOE Children's Homes was a whopping $7459, just incase you missed the big signs they're holding up!  AMAZING!
What an extraordinary testament to their character and persistence.
I love seeing and hearing examples of a generation who knows how to fight for what's right!
Flashing back, our visit to this school, on our last trip back to Australia, was the last 'event' that we had booked to speak at. We had left Spencer (our 2 year-old) at Dave's parent's house vomiting and we were leaving to fly back to Thailand the following day.
After a month of appointments, speaking engagements, business meetings and catch-ups, Dave was particularly exhausted by this stage and I was praying hard for God's strength and energy for him as he spoke to the audience of a few hundred youth.
After the presentation a couple of the girls approached us with their teacher and were eager to talk about how they could do some fundraising for ZOE. It was so inspiring to see their enthusiasm and passion.
After a few weeks of being back in Thailand, we received an email explaining how a small group of students had launched, what would be, a phenomenal fundraiser for ZOE.
Here's what they did:
At their weekly worship/prayer meeting at school, they committed their time to praying for the ZOE Children's Home.
The meeting was advertised as "People Snatchers and a God who catches". It also advertised a free lunch (great tactic, I thought, for any hungry teens).  At the meeting, two students led an opening bracket of praise and prayer, followed by another student who spoke about her vision. They then showed a powerful 'anti - trafficking' DVD clip and then served each student that came a cup of warm rice to eat. (That was the 'free' lunch and was arranged to enable students to identify with others among the world's poor who have to make a range of difficult choices in order to merely survive).
One of the students who has actually visited ZOE then talked about the ZOE Children's Home and gave a compelling talk to the other 60 - 70 students at the meeting. They also showed the "ZOE" promotional clip and broke up into smaller groups to pray for the children at ZOE's as well as the wider issue of orphans and human trafficking.
They then went on to compete as home-rooms to see which group could collect the most 2 dollar coins= fundraising tubes and end up as the winning group!  What a great competition!
Thanks Maranatha!  You are just AMAZING!!!


I would also like to mention another school who, for the second year, collected two-dollar coins in the ZOE fundraising tubes.  Flinders Christian Community College outdid their huge effort from 2010 by raising {drumroll please} a massive $2257 this year!
And, I am talking about Prep- Grade 2 students now! WOW!
Don't you think their teachers are doing an incredible job of instilling in to these young minds and hearts how to show love and compassion for other children... children they've never even met?  Well, I do.  These two stories have left me with nothing else to say other than quoting these two verses:


Don't let anyone think less of you because you are young. Be an example to all believers in what you say, in the way you live, in your love, your faith, and your purity. 1 Timothy 4:12


What do you think?  Have you got a word of encouragement for these children and teens?  If so, leave a comment and I'll be sure to pass it on.

I can't see the keyboard because of the tears of joy and wonder at the commitment of these young people. May the Lord conitnue to expand their vision and passion.
Thanks for sharing with with us.

seriously that is just gorgeous.

Thanks for the comments. I'm imagining what these young people will be capable of in future with the drive and passion they have now. Exciting stuff!