I’ll begin by saying, “Happy Valentines Day”.
Our wedding anniversary is on the 13th of February so, for us, Valentines Day is a bit of a non-event.
Mind you, it is nice to have everyone else feeling all lovey-dovey at the same time that we are and the commercialism is definitely a huge reminder so that Dave will never to forget when our anniversary is, ha ha!
So we’ve been talking a lot about marriage and weddings with the kids lately.  They attended their first wedding (that they can remember) a few weeks back and since then there’s been some interesting wedding chatter like:
Tobi says, “I’m going to marry Elstana.  I already know and well… I’m really excited about it”.
Eli says, “Yer well I get to walk down the aisle in a pretty dress” to which Tobi (thinking about Eli’s pretty dress now) says,
“Eli your dress won’t even fit you then!”
Eli quick to respond, “Errrr I’ll buy a new one Tobi!”
Ahhh gotta love the way kids think and the things they come out with. I wish I’d remember to write them all down. 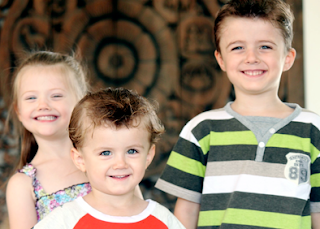 When we attended P Wit and P Milk’s wedding last month, I was feeling like an old veteran-married person.  Twelve years on from our wedding day and I was all ready to hand out some marital advice (if I could speak the language that is).
Until… I remembered that Dave’s nana and granddad (Dave’s granddad recently past away) would’ve been celebrating their 62nd wedding anniversary this year.  When we got married they were already 50 years ahead of us on the marriage journey!
Therefore I will not be using this blog as a forum for any of my advice on marriage because, well, twelve years in comparison doesn’t really seem like that much after all!
Life has a way of doing that doesn’t it? In one moment, you can feel like you “know it all” and then just a split second later you realize that actually, you were wrong, you had no idea!
Happens to me all the time anyway!
I judge someone’s choice or attitude and then “whoops” I see it from a different angle or perspective and then I kick myself for acting ugly and unfair.  Sound familiar?
It’s like it with God too, just as I feel like I have him all sorted and I’ve put him in a box, I am suddenly brought back to the reality that my journey to get to know God will never have a tick next to it… or a “done”… or “accomplished”.  Because the more I get to know and discover, the more I realize I don’t know and I that I still have so much to discover.
So on love and life … I guess I still have a lot to learn!
I am grateful though.
I have had twelve years where I have been loved, through not only the fun and the laughter and the sweet times, but through the sickness, the challenges, the parts that were tough and where I revealed my flaws and ‘ugliness’.  Thank you Dave.
So when I think about Dave’s grandparents and the fact that they remained together even after nearly 62 years of marriage... years that would’ve seen many imperfections, ugly moments, challenges… I’m inspired!
And it makes me ask, how can I show more love towards others around me - especially during those “unlovely” moments in their life?
What more can I do this year to show kindness to my neighbors, that person in the street, that struggling mother, drug addict, those teenagers hanging around, that older person…?
I want to learn to love people more instead of being a judge, and I want to say sorry more, especially during those times when I slip up and become their ‘judge.’
I recently read, “It is when we are at our ugliest, that love means the most”. True hey?
So I challenge us (me mainly), to reach out and find someone having an “ugly” unloveable moment and just ‘be’… a friend, accepting, non-judgmental or a listening ear … and see what happens.
I am comforted and relieved to know that God’s not finished with me yet!
And as Ginny Owens sings in her song,  "If You Want Me To" 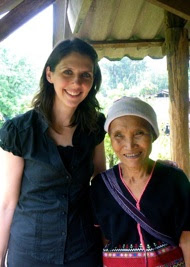 Now I'm not who I was
When I took my first step
And I'm clinging to the promise
You're not through with me yet!