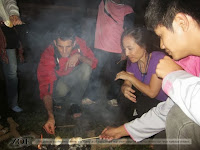 Recently I went away with the ZOE youth for a 3-day retreat in a remote village.  When I say remote, it was only a few hours drive away but in my mind when you are without electricity and your phone reception is intermittent, it qualifies as being ‘remote’.  I had such a wonderful time away with the youth and I just love any chance I get to hang out with them.

Although my family and I are approaching our 4 year anniversary of being here in Thailand, it never ceases to amaze me how, when in the village, everything is either edible or useful.  Nothing is off limits!!

As our group walked along a small path that was headed toward a huge strawberry plantation (on a 45 degree hill) a group gathered a little way ahead of me.  Crouched down, they were picking up what could have mistakenly just been stones, but as they dug each one out of the sandy path, it was soon discovered that they were small chestnuts- still in their very spiky outer case.  We gathered them all up in bags (to be fried up later that day) and we continued on the path…

A little way further up, one of the boys was hurling rocks at a tree above and, after a few attempts, down fell some (incredibly) sour fruit that I am told is good for sore throats.  Though my throat was not sore, I was encouraged to try it. Yikes! My whole face screwed up like I had just swallowed a lemon, which of course always gets a chuckle from the kids!   If indeed my throat does become sore, I don’t think I could ever eat that again.  It was seriously sour!

We continued on again and I heard a rustle in the bushes beside me and out popped one of the older teenagers with a big stick in one hand and guavas in the other.  The ‘botanical knowledge’ that they possess is just so amazing.

We then continued onto to our destination… the strawberry patch!

We were here to help with the pruning.  The last time we visited, it was the end of the strawberry season, so we searched the bushes and collected all the ones that were missed (and ate them), but this time, we were helping to prepare for the upcoming season by pruning the bushes and removing the weeds.

After a few hours of work, we started to head back to the houses but of course the journey along the path included many more discoveries along the way …

On the return trip, one girl held out her hand and offered me some delicious blackberries, then as I continued further I could hear the sound of a machete swinging, so I climbed a fence to go and see just what was going on.

There stood the best find of the day… bananas!  The boys had scaled a tree and cut down huge bunches of bananas.  Some were ready to eat (which of course we did … delicious!) and some others were still a little green, but they were just what we needed for our afternoon activity of making deep fried banana chips!

After all the work in the strawberry patch was done and thousands of banana chips were made, Denise (the youth leader) and I also had the privilege of seeing glimpses of the internal ‘work’ that’s been going on inside these precious youth.

Just like it took a big effort to prepare the strawberry patch, to prune and to weed… a big effort is also required for a transformation to occur in the hearts and lives of our amazing ZOE children.

These teenagers have testimonies that regularly bring me to tears but when I get to witness the harvest, after all these years of our ZOE parents consistently pruning… and weeding… and sowing, then that’s when we get to see a yield of: reconciliation, forgiveness and trust.

Along this path there are treasures a plenty and I can not wait to keep discovering what’s still to come. 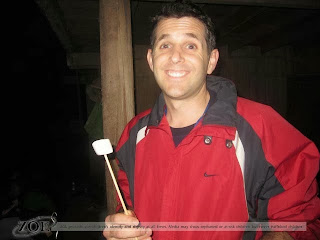 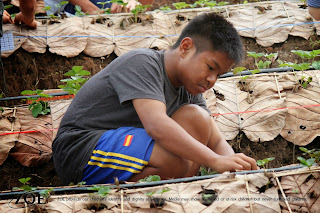 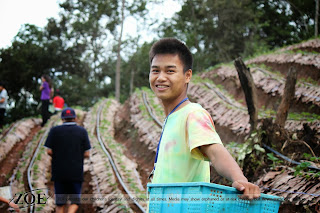 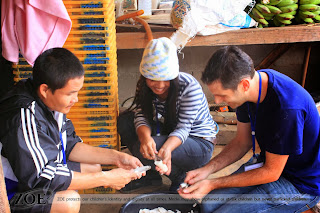 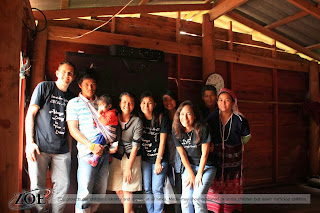 I loved this article Dave! Great reflections and parallels. What a privilege to be blessed with such insights.
Gary