Out With The Old 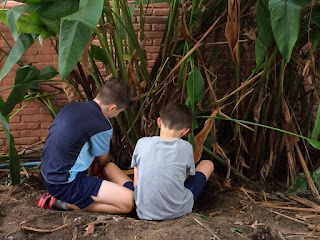 During the last school break, we designated one day as a family ‘work’ day in the garden. We had an area that needed to be totally stripped of the plantations that had been left to grow wildly-out-of-control there and, due to the fact that we were going to try to replant some of them elsewhere in the garden, we needed to uproot these plants relatively carefully. 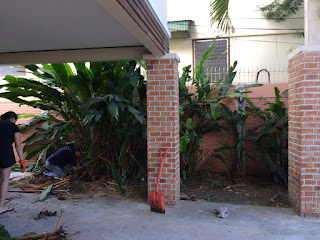 It was ‘all hands on deck’ as we dug, pulled, sorted and bagged up the branches and stems that we weren’t keeping and set aside the ones we were. 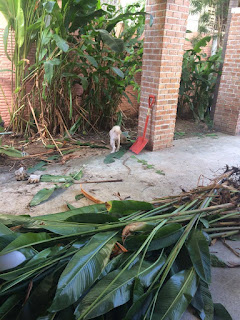 Slowly the area that was once overgrown looked stark and bare in contrast to just a few hours earlier.
An empty space remained.
Everything that had once crowded and choked the soil was now gone. 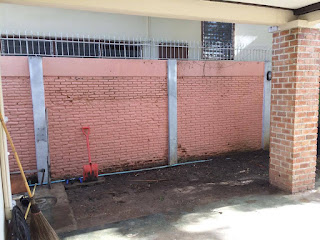 There was another area of the yard that previously had nothing growing there. It’s an odd space since not much rain or sun hits the area.  We had decided to move some of our smaller plants that we’d had hanging indoors to this spot and give it a bit more life.
With careful hands we dug evenly spaced holes and prepared the ground for the new life it was about to receive. 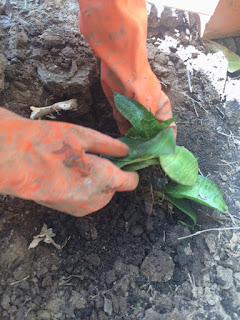 The words that kept coming to mind throughout the day were, ‘out-with-the-old and in-with-the new’.

Painfully, afterwards (my muscles were so sore) as I reflected on that day of gardening, I realised that it was not just physically exhaustion due to the effort required to remove the plants in such hot weather, but it was the mess, the time and the chaos of it all that struck me.
And strangely it echoed how life feels right now.

To make room for new habits, new routines and new thinking, the old must be removed.
Sometimes the painfulness of the pulling, the clearing and the sorting out is like a complete make-over; a stripping back of what has always been there, growing wildly-out-of-control.  The result after the uprooting, and the clearing-out is a stark, blank canvas… an open space… an empty basket.  It’s a new chance.

Although it’s hard and exhausting work, this ‘stripping away’ creates a chance to start again, to begin afresh.
It creates new opportunities to replant {more} deliberately this time.
To consider what is best for this space, to make a decision with the benefit of hindsight and determine what should go in and what should not. 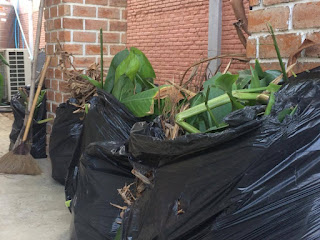 In this process there is a critical step in the middle that needs to be done.
It is not even a step it is a ‘pause.’  It is a pause before the replanting begins that allows time for the preparation of the soil … for it is the condition of the soil that will ultimately affect the growth.

So quickly our lives can get completely overcrowded and out of control.
How difficult it can be, in the busyness of life, to stop long enough to make a change for it’s in the stopping long enough that the starting to live more purposefully can begin.

Amen!
Thanks so much for sharing from the heart Andie, I love reading your blogs they are so encouraging :)

Always love your gentle wisdom Andie. Your posts are always a “word in season”. Much love to you all xx