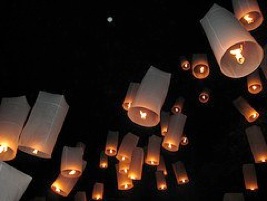 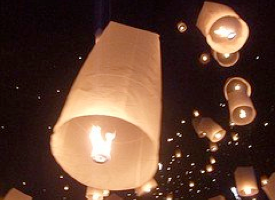 You could be forgiven for thinking that we we’ve been living in a war zone for the past few weeks (and I’m not referring to the sibling rivalry).
As the sun sets over Chiang Mai, the nightly explosions of fire crackers and fireworks begins! This is wonderful if you want to gaze out your bedroom window and watch the free show every night, however it has made getting to sleep a little bit harder with all the extra commotion!
The explosions have been so loud at times that it seemed like they were hitting our house. And then one night we realised that they were!! We looked out to see that a smoldering cracker, thrown from a house behind us, had landed on our deck roof! There are no restrictions here which makes it fun and a little scary all at the same time!
Thankfully, our kids have become so used to loud noises that by the time Loi Krathong (the Thai festival of lights) actually began, they enjoyed the amazing fireworks displays and neighbourhood crackers immensely. At one stage we even gathered with some of the missionaries in a clearing, near our house, and Dave got to let off his first fire cracker!! It was so loud but Eli slept peacefully through the whole thing in her car seat (car windows and doors all open).
Tobi had gone for a sleep over but Dave, Eli, Spencer and I ventured in to the Sunday walking market for some dinner and to see hundreds of lanterns being let off.
It is such a pretty festival and the sky looked like nothing I have ever see before- amazing! 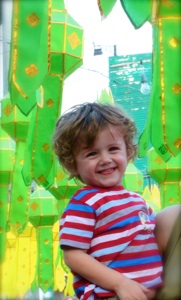 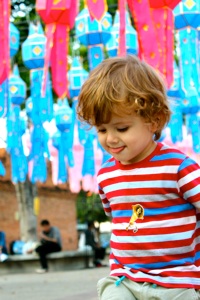 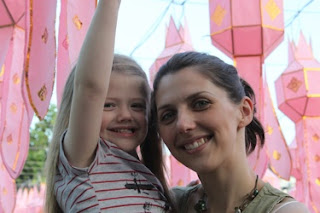 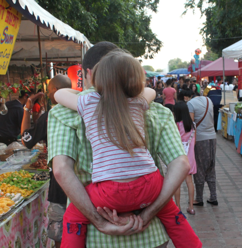 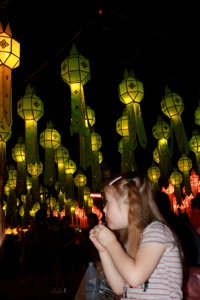 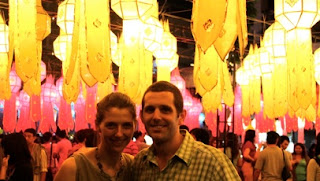 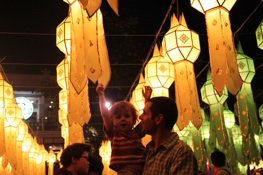 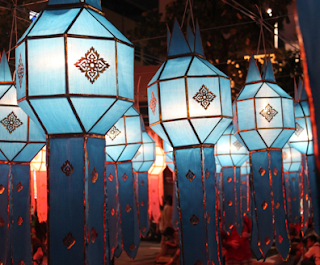 This festival reminds me of the verse in Matthew 5:16....


You're here to be light, bringing out the God-colors in the world. God is not a secret to be kept. We're going public with this, as public as a city on a hill. If I make you light-bearers, you don't think I'm going to hide you under a bucket, do you? I'm putting you on a light stand. Now that I've put you there on a hilltop, on a light stand—shine! Keep open house; be generous with your lives. By opening up to others, you'll prompt people to open up with God, this generous Father in heaven. 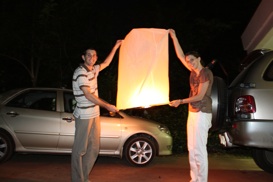 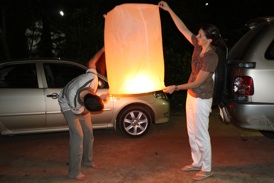 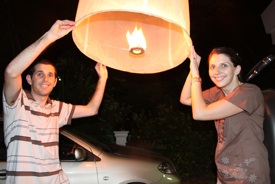 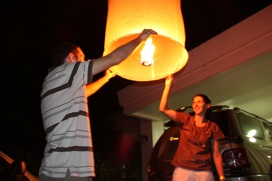 And so...
Lights: We’ve seen plenty of these lately. Above is a photo of Dave and I letting a lantern go in our drive-way! As I said- there are no restrictions in Thailand!!
Camera: The last few days, we have not put our camera down. There’s been so much to see and do and we are enjoying being a part of all Thailand has to offer.
Action: Keep shining and sharing the love of God in a country where approximately 94 percent of the population is Buddhist and 5 percent is Muslim.
Posted by Cross Family at 12:26 PM